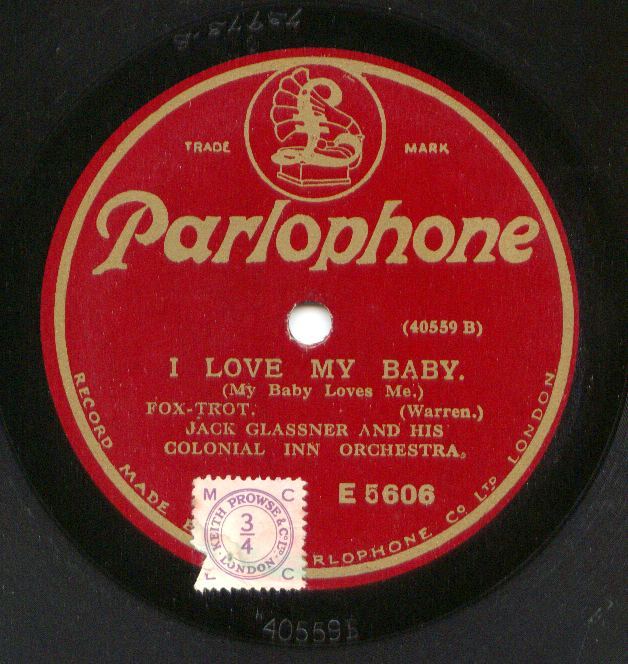 From 1918 to 1932 OKeh made around 8,332 acoustic and 7,216 electrical recordings. Most collectors agree that technically (and artistically) they are among the very best from this period. The quality of the acoustic recordings are at least on par with those of OKeh’s major competitors (Brunswick, Columbia, Victor) and frequently surpass them. The quality of the New York-made acoustic recordings from 1924-26 are among the finest ever made – standout examples include Fred Hall’s She’s Driving Me Wild (OKeh 40442) and George McClennon’s Cotton Club Stomp (OKeh 8397), where the bass extension is such that it is hard to believe that they were made without the benefit of microphones and amplification!

After OKeh was taken over by Columbia in November 1926 and they finally got access to the Western Electric electrical recording system, the quality of their recordings, made under the supervision of their talented Recording Director Charles A. Hibbard and his assistant, Peter Decker, outclass all the other contemporary labels, including Columbia and Victor who had the same system and especially Brunswick with their boxy light-ray system. An interesting comparison can be made by the Ellington versions of Black And Tan Fantasy for Brunswick, Victor and OKeh. There is a clarity and “spaciousness” to the OKeh which is missing in the others.

There can be little doubt that Hibbard, Decker and the other OKeh engineers knew better than the others how to handle the Western Electric equipment. Hibbard in particular was a force to be reckoned with within the recording industry. Trained as a recording engineer at Edison’s studio, he subsequently moved to the United States Phonograph Co. (makers of the U.S. Everlasting cylinders) and then to the Rex Talking Machine Corporation, where the Musical Director was Fred Hager. Hager went on to hold the same position when Otto Heinemann’s started the OKeh label in 1918. Hibbard and Decker must also have had a real feeling for the music they recorded (and not only dance and jazz music but also other forms of popular music and the many “ethnic” recordings they made – most of them sound great). Then of course there was the work of the OKeh A & R men like Richard M. Jones, Clarence Williams and Tommy Rockwell whose role in selecting the best artists and giving them creative freedom cannot be underestimated (Clarence Williams always claimed he got most freedom at OKeh and the least at Victor).

The only technically deficient recordings made by OKeh are the electrical titles made by OKeh’s own Truetone system from April 19 to October 29, 1926 (matrix numbers 80001 to 80198). This was OKeh’s own electrical recording system, devised by Charles Hibbard in an attempt to circumvent the swingeing licensing fess and royalties demanded by Bell Laboratories for the use of their Western electric recording system. That the Truetone system was fatally flawed can by gauged from the fact that fully 73 of these 198 titles were rejected and at least 14 of them were remade and issued using the acoustic process (the last two were the great Clarence Williams titles Would Ja?/ Senegalese Stomp from 29/10/26, remade acoustically 10/12/26). Even after OKeh got their own Western Electric system two titles by Esther Bigeou from 21/12/26 were remade acoustically the same day!

Jack Glassner & his Colonial Inn Orchestra is a special case. The 6th Edition of “Jazz Records, 1897-1942” lists only two titles, but he actually made eight recordings (but only four different titles) for OKeh that might be of jazz interest (judging by the quality of the issued sides) and I list them below (details from Rust & Laird’s excellent OKeh discography). The first two titles were recorded using OKeh’s excellent acoustic recording equipment and are exceptionally clear and detailed. Four months later they returned to the OKeh studios, by which time Hibbard and Decker had had more than 5 weeks to iron out the problems with the new Truetone equipment but, judging from the fact that five of the six recorded titles were rejected, serious problems were still being encountered. The Truetone system was bedevilled with technical problems from the outset - a shrill top end, thin middle range and lifeless, tubby bass - and it was only with the Columbia takeover and the subsequent ability to use the Western Electric recording system that Hibbard and Decker were once again able to show what superb recording technicians they actually were.