DISCOGRAPHICAL QUESTIONMARKS ON THE MEMPHIS JAZZERS AND THE LEVEE SYNCOPATORS. 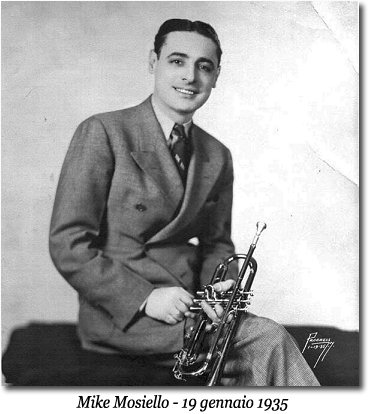 Jazz discographies in general contain many mysteries and, for many collectors and researchers, it is these puzzles that makes collecting vintage jazz records so interesting. This article tells about one such puzzle - one that has been considered, reconsidered and still manages to stir a real hornet?s nest of controversy.

The "Memphis Jazzers" is one of the many names used by the Grey Gull record company for their studio band. This band was lead by trumpeter Mike Mosiello and and reedman/guitarist Andy Sanella. However there is one notable exception: the recording session of November 1929 issued under this name had a completely different line up. The trumpet solos on these sides were once attributed to no less than King Oliver himself (and in fact reissued on the British Tempo label as ‘King Oliver and His Memphis Jazzers’!) until Brian Rust abruptly changed his mind and identified this session as another Mosiello studio band recording. A more radical change is hardly imaginable so I was curious to know how Brian came to this astonishing change of opinion. A telephone conversation with Brian helped clarify the situation. During this conversation Brian told me that he had made a tape of Grey Gull recordings and sent it to the late Bob Mantler, a prominent New York collector, with the request to interview Andy Sanella. Brian Rust hoped to gain additional information about these recordings with the help of this interview . During the interview Sanella told Mantler that he never worked with any other trumpet player than Mosiello. He was very appreciative of Mosiello’s virtuosity: "he could play in any style". Eventually the famous session of November 1929 was brought up. Listening to the tape, Sanella recognised himself and Mosiello. The composer of all four titles recored at the session was the black pianist and one time accompanist to Bessie Smith, Porter Grainger; however Sanella couldn't recall having ever worked with him.

The results of the interview were mailed back immediately to England. As a result subsequent editions of ‘Jazz Records’ attribute the trumpet solos to Mike Mosiello with Andy Sanella as one of the two reedmen.
Mantler’s visit hadn't come too soon: two weeks later Andy Sanella died of a seizure on the streets of New York on December 10th 1962.

To put this discographical sea change in perspective, it would be interesting to analyse Mosiello's style. He had made hundreds of recordings for Grey Gull, as well as many more as a sideman with Nat Shilkret’s Victor studio band. So it isn't that difficult to find examples for comparison. It is particularly remarkable that Mosiello’s style is so very recognizable and so are the recordings he made with the Grey Gull studio band. This band had a virtually unchanged line up that consisted of Andy Sanella as sax player and guitarist, Mosiello trumpet, Charlie Butterfield, trombone, George Hamilton Green, drums and xylophone, Al Duffy, violin and Charlie Magnante, accordion.

A good example is 'T Ain't No Sin by the 'Wolverine Pepperpots". Mosiello takes the intro; his style is loud with staccato phrasing. The tone is plump and rough edged. The same remarks can be made for Beale Street Blues by the "Atlanta Syncopators". The solos are rather theatrical and the atmosphere of these records somewhat carnivalesque. Wow Wow Blues and Just Blues are interesting because here Mosiello shows his growl and wah-wah techniques.

All of the Mosiello mannerisms that pepper the above-mentioned discs are totally absent from the four sides issued as by the "Memphis Jazzers" from November 1929. The line-up is different: Magnante, Butterfield and the other usual studio band members are not participating. The trumpet playing here is not the usual Mosiello stuff .The displayed style is much more subtle. His growl cliches which are common on other recordings do not appear and the timing and phrasing is very different. 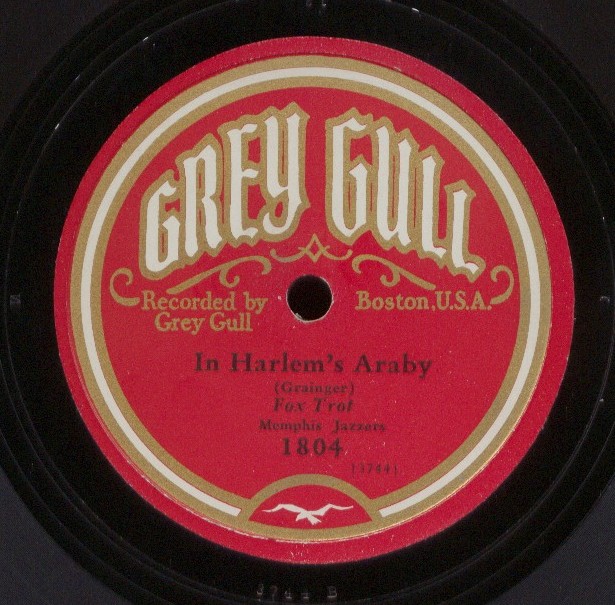 In Harlem’s Araby, written and recorded previously by Porter Grainger in 1924 features the trumpeter both muted and, in the last half-chorus, playing open horn with great power and command of his instrument. The comparison with King Oliver is not fanciful, but somehow it doesn’t seem right. Numerous other names could be ascribed, but one is left with the overall feeling that these are black musicians. The pianist on this session is often cited as Grainger himself, the evidence for this being that he is listed as composer for all four sides made at the session. The piano style is confident and strong, suggestive of Grainger’s known style (hear him accompanying Ethel Waters on her 1924 Vocalion recording of Pleasure Mad or accompanying Lena Wilson on her Victor recording of ‘Tain’t Nobody’s Biz-ness If I Do to get a good idea of his abilities) The alto sax is rather too light and airy for Sanella’s known style, but putting another name to the player has so far alluded discographers.

There is another Grey Gull session that offers interesting comparisons. - the recordings made by the "Levee Syncopators" on January 1930. Two titles were made. The Harlem Stomp Down and The Racket. Its my strong belief that many of the participants of this session are the same men from the "Memphis Jazzers". Most striking are the similarities of the trumpet playing.

Was Andy Sanella wrong? The sax playing doesn't have any resemblance with Sanella's usual work. Furthermore if Mosiello could play in any style as Sanella asserted, why does he demonstrate this vastly different and superior style only on the above mentioned records? More questions come to my mind. Questions about Sanella’s memory. The poor sound quality of Grey Gull doesn't make identification very easy. If you have to listen for hours to a tape with these recordings, it becomes one big Grey Gull soup.
The Grey Gull archives are lost up to this day so nothing can be proven and definite answers remain a problem. However I dare say that Mosiello's and Sanella's presence on these two sessions is very doubtful.
So there, in a nutshell, is the synopsis of the mystery. There is much controversy about the trumpet player. Some collectors attribute the trumpet playing to Louis Metcalf who recorded on other Grey Gull sessions (e.g. The Wabash Trio). Other collectors insist on Mosiello's presence. Most agree that it isn't King Oliver. A reissue of these marvellous and controversial sides is planned very soon so that everyone can judge for themselves. The discussion lingers on.

Two takes are known from "Harlems Araby". The A and B letters in the wax do not reveal any take information so it is very difficult to identify which take is used for all the issues.
Composer credits for all titles is Porter Grainger.

"The Harlem Stomp Down" also has two takes. Radiex 1836 uses a take that greatly differs from the take used for Radiex 945. VD 81843( The Racket) uses a different take than Madison 6002. I haven't inspected other issues yet.
Composer credit for both titles is Claude Austin .